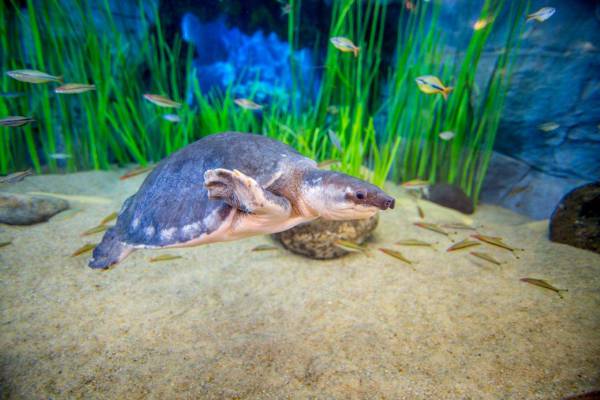 The Poema del Mar aquarium has recently received the TripAdvisor Certificate of Excellence, an award with which, the largest and most prestigious travel portal in the world values the high quality of its facilities based on the positive ratings of users.

"It’s very modern and offers several ecosystems in a very special way"; "a great option to discovering the marine species of the five continents, (...) not only for the exhibition, but also for teaching children and adults the importance of taking care of and preserving the environment", or "impressive, magnificent facilities with an enormous variety of marine fauna" are just some of the comments that the aquarium has been arousing from visitors.

In receiving this distinction, Poema del Mar consolidates its position as a project committed to innovation, biodiversity, conservation and excellence in sustainable tourism, reinforcing the promotion of Gran Canaria, and the entire archipelago, as one of the best tourist destinations on an international scale.

For some weeks now, Poema del Mar has been part of the association Gran Canaria Blue, an official brand of the island’s Tourist Board. This agreement expands and extends towards new horizons the range of possibilities of experiences linked to the sea that are offered through this platform, always under the same brand and with the common seal of certified quality of the associated companies.

The Iberian Association of Zoos and Aquariums: an important step

The aquarium has also recently announced its incorporation as a member of the Iberian Association of Zoos and Aquariums (AIZA), of which Loro Parque is also a member. This important step, which took place a little more than a year after its opening, has confirmed the high quality of its facilities, its work in education and protection and conservation of species.

More in this category: « The Poema del Mar aquarium welcomes three Sandbar Sharks born in Loro Parque A reference for species conservation »
back to top