A reference for species conservation 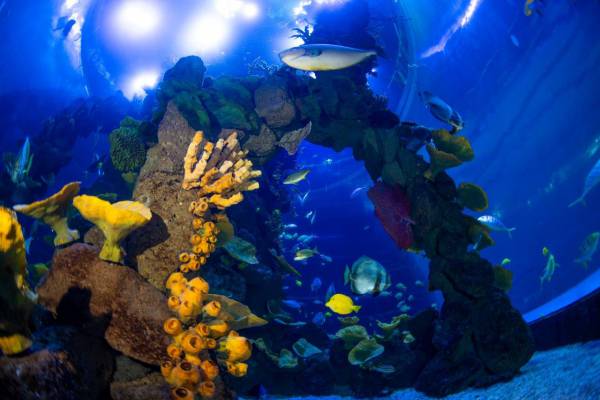 Since it began its work at the end of 2017, the Poema del Mar aquarium has been working daily to become a reference point for species conservation. In fact, many of the species held in its installations are on the Red List of Threatened Species of the International Union for the Conservation of Nature (IUCN) and are under some degree of vulnerability or threat in their natural environment.

Different dangers, often caused by human action - such as overfishing and pollution - put populations at risk. Therefore, the role of this type of conservation center is especially relevant when it comes to raising awareness about the status of these species and contributing to their protection and survival.

In that sense, Poema del Mar also carries out important educational work, implementing activities to inform the schools of Gran Canaria, as well as families and different social groups about the important work carried out by these centers in the archipelago, as the aquarium does through its conservation tool, the Loro Parque Fundación. Thanks to this foundation the aquarium has become a reference point in the dissemination of marine information on the islands.

In its two years of operation, Poema del Mar has evolved into a large aquarium that invites visitors to take an exciting journey through the wonders of the lakes, rivers and seas of the planet, and finally to immerse in the depths of the ocean, thus discovering the most spectacular underwater biodiversity.

In addition, only in the last year, it has taken in numerous species in its exhibitions, such as the male African bullfrog (Pyxicephalus adspersus); two Whitetip reef sharks from Loro Parque, which live in Deep Sea, and two zebra sharks, also from Tenerife's zoo, named Famara and Miño, which can be seen in the Atoll. And it has also welcomed with great joy many animals born in its facilities, showing the welfare of the animals there.

View the embedded image gallery online at:
https://poema-del-mar.com/blog/en/item/153-reference-species-conservation#sigProIdf12d0f8d7a
More in this category: « Poema del Mar awarded the TripAdvisor Certificate of Excellence Life goes on, behind closed doors, in Poema del Mar »
back to top