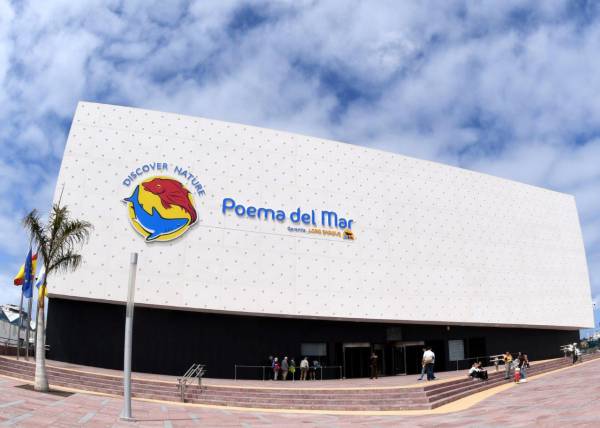 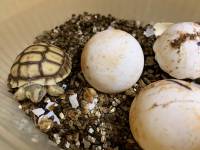 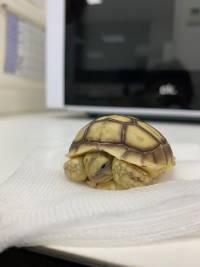 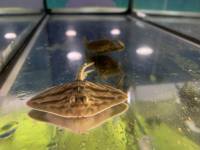 This week it has been two years since Poema del Mar officially began its journey with a grand opening. Coinciding with the 47th anniversary of Loro Parque, the grand aquarium of Las Palmas de Gran Canaria celebrates two years of success in which thousands of visitors have been able to marvel at the spectacular biodiversity of the Blue Planet, in a journey that guides them through lakes, rivers and seas, until submerging in the depths of the ocean.

Recognized by the authorities of the Canary Islands as a project "of strategic interest to the region", with potential to strengthen the promotion of Gran Canaria and of the entire archipelago as one of the best tourist destinations at an international level, Poema del Mar has remained faithful to its commitment to innovation, biodiversity conservation and excellence in sustainable tourism.

This year, Poema del Mar has received several gray sharks (Carcharhinus plumbeus) that arrived to the aquarium from Loro Parque and, after a period of quarantine, were moved to their new home at Deep Sea, an installation with the largest curved underwater window in the world. All belong to the second generation of this species born in the Zoo of Puerto de la Cruz thanks to the meticulous work of reproduction and breeding of the aquarium team.

In 2019 a baby boom has taken place in Poema del Mar, demonstrating the state of welfare in which all the animals are in its facilities. Thus, the aquarium has welcomed with great joy a baby African spurred turtle (Centrochelys sulcata), the first to be born in the aquarium; Madeira rays (Raja maderensis), and Kaiser's newts (Neurergus kaiseri), among other species.

A year of new entrants

In addition, the aquarium has added some new species to its exhibits, such as the male African bull frog (Pyxicephalus adspersus); two whitetip sharks from Loro Parque, which inhabit Deep Sea, and two zebra sharks also from the Tenerife zoo, named Famara and Miño, which can be seen in the Atoll.

In its two-year history, it's all been words of wonder and admiration for Deep Sea, which has the world's largest curved underwater exhibition window, 36 meters wide and 7.35 meters high, as well as 39 centimeters thick. With a total tank depth of 8.5 meters and 5.5 million liters of water, Deep Sea allows you to observe, in a unique environment, the wonders of the deep oceans and about 3000 specimens of up to 40 different species that swim in its dark waters.

Many of the species that Poema del Mar holds are on the Red List of Threatened Species of the International Union for the Conservation of Nature (IUCN) and are under some degree of vulnerability or threat in their natural environment. Various dangers, often caused by human action - such as overfishing and pollution - put populations at risk, so the role of conservation centers of this kind is particularly relevant when it comes to raising awareness for the state of the animals and contributing to their protection and survival.

Educational work as a pillar

Since its inception, and in line with the philosophy of the Loro Parque Company, Poema del Mar has carried out educational activities to familiarize the schools of Gran Canaria, as well as families and different social groups, with the important work carried out by the different research centers throughout the archipelago, the same way as the aquarium operates through the Loro Parque Fundación in wildlife conservation. Thus, Poema del Mar seeks to become a benchmark in marine research in the islands.

More in this category: « A year of Poema del Mar The Poema del Mar aquarium welcomes three Sandbar Sharks born in Loro Parque »
back to top